In the 14th arrondissement is a normal-looking house. From the outside, you would never expect that it was one of Paris’ most important historical sites. For it is in fact the one of the oldest houses in Paris.

But wait – as if surviving world wars, revolutions and occupations in Paris wasn’t enough of an achievement, this house also has royal connections and is crucial to the history of water in the city.

Built by Queen Marie de Médicis between 1613 and 1623, it was originally part of the extensive aqueduct system that connected the waters of Rungis to the Queen’s Luxembourg Palace Gardens. Between 1619 and 1623, the house was surrounded by fields and a few farms and windmills. Thomas Francini lived in the house and was employed as the General Manager of the King’s waterways and his children followed in his footsteps for generations. 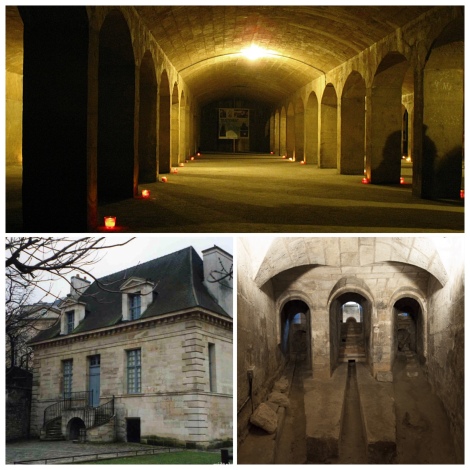 The basement of the house is divided into three rooms built with decanting reservoirs: one for the King, one for the town and one for the Carmelites. The water was carried from these reservoirs to the Luxembourg Gardens, fountains around the city and religious buildings in the immediate vicinity. When the Montsouris reservoir became operational in 1874, the main reservoir at la Maison du Fontainier was closed and the last of its water to Luxembourg Gardens trickled through in 1904.

In recent years the house and basements have been painstakingly restored by a team of dedicated volunteers. It isn’t open every day but you can visit for special guided tours (about once a month) and visits for groups might be arranged.

To find out about visits, check the website here (in French).